On Raw last night, the group attempted to sabotage a power generation outside the Performance Center by throwing Molotov cocktails at it.

The group consisted of five members clad in black wearing hoodies and face masks. Based on their voices, at least one of them is female.

The WWE may have jumped the gun on angle though.

It has been rumoured for some time that NXT superstar Dominik Dijakovic has been called up to the main roster. All of the past Tweets have been deleted.

The same can  be said of Tommaso Ciampa’s Twitter as well. His Tweets have  been deleted and his banner is now black. He has no message in his profile picture though. 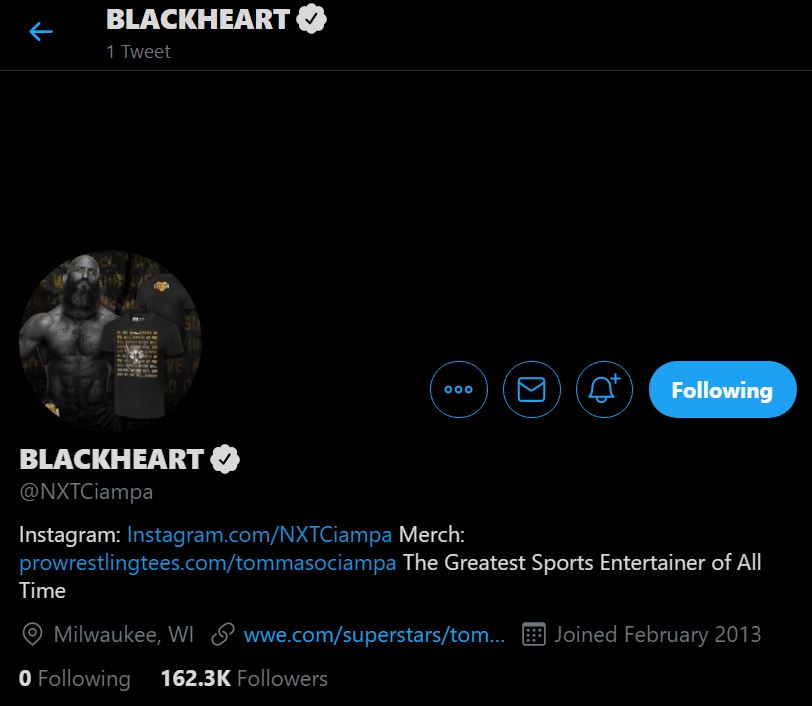 Velveteen Dream’s Twitter is also the same as Ciampa’s and Dijakovic’s but his has a white background. It should be known that WWE management has access to the social media account of all of its employees for angles, etc.