What a difference a week makes. The WWF might not have been the biggest fan of wrestling Web sites, but at least it was practicing its best manners in the weeks leading up to WrestleMania. Information direct from WWF officials could be found on this very site on a regular basis. And the federation opened its arms to Slam! Wrestling writers at Axxess, issuing as many press passes as the site had people to send. Even I, a journalist only in the loosest sense of the term, had one waiting had I been able to make it to Toronto.

Imagine my surprise when I found out that the WWF branded us “public enemy number one”. Somehow we, the members of the internet wrestling community, went from friends (or friendly acquaintances at least) to foes in the span of a few days.

I won’t rehash what’s been said both here and on other sites over the past few days because so many people have already weighed in on the federation’s new/old unfriendly Internet policy. I also won’t speculate on what might have caused them to issue the statement, though I have a hunch it was more than just the reporting about Steve Austin missing television this week.

To me, the more interesting facet of this situation – especially after reading the thoughts of the staff and readers of Slam! Wrestling – is the WWF’s notion that the normal rules of journalism don’t or shouldn’t apply in the world of wrestling. Since the biggest beef in the WWF.com statement seems to be the use of anonymous sources, this is the only conclusion at which I can arrive. After all, I can’t think of any form of legitimate journalism that doesn’t use anonymous sources to help gather information. Yet the WWF seems to think wrestling sites should report only the official company line.

I’ve seen this kind of thinking firsthand during my college days. As a sportswriter for The Chronicle at Duke University, I watched my colleagues and editors run into the same attitude from coaches and members of the sports information department. They thought the paper should take on the role of head cheerleader, printing nothing but positive stories and avoiding anything unpleasant.

Understandably, we felt the readers deserved more than just regurgitation of Duke press relases. If fans had an urgent need to get the uncut Duke point of view, they had a place where they could get it – Duke’s official sports website.

Many of the same factors apply here. If wrestling fans want the “gospel according to the WWF”, they can read it at WWF.com or in one of the company’s magazines. Slam! Wrestling and a number of other legitimate sites exist to give the readers more, occasionally with a different point of view. The big difference is that The Chronicle needed Duke a lot more than the other way around, so when clashes occurred you already knew which side was going to give.

I’m not so sure that’s the case with the WWF versus the Internet. It’s true that all the sites could shut down tomorrow and the WWF would still be successful. I’ll even concede that there are more wrestling fans who never read the sites than those that do, though I suspect the gap is shrinking. What can’t be denied is that the online fans comprise a passionate, intelligent vocal group that could hurt the federation financially if they all got upset enough to stop watching.

That’s not going to happen here, but it is interesting to note that for all the credit that Vince McMahon gets for knowing what people want, there are plenty of times when he gets it wrong. The argument for the popularity of wrestling sites is so simple it’s scary: if people weren’t interested in them, they wouldn’t exist. Fans want news that doesn’t come through a Titan filter. And yes, some of them just want to read some unsubstantiated gossip and rumor. It’s the price you pay for being so successful, and grouping all wrestling sites togther and labeling them all bad isn’t going to change that.

So here’s some unsolicited advice for Mr. McMahon and company. Relax. Take the wrestling sites for what they are and have confidence that your fans are smart enough to distinguish fact from fiction, hard news from wild speculation. I have that confidence in the Slam! Wrestling readership, which is why I’m not losing any sleep over this whole deal. 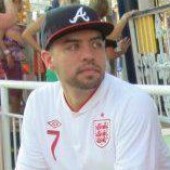